Is winter coming and you are wondering Can lavender survive winter? Well, that’s an obvious question. In this post, I cover how to overwinter lavender so that they come back next growing season. This information is based on my experience with lavender. By reading this post your doubt about wintering lavender will be gone.

English lavenders are hardy, only lavender that can survive winter and continue to thrive outside. In fact, lavenders native to Spain, France, and Italy are not able to tolerate cold and, as a result, must be grown in containers and brought inside for the winter if they are to be grown in a location that experiences frost on a regular basis. 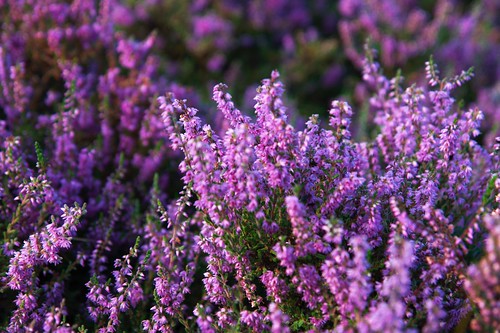 Although frosts are by far the most frequent reason why lavenders do not make it through the winter. There are a few additional factors that you should be aware of as well.

These causes include the following:

You may, however, guarantee that your lavender will survive the winter and flourish throughout the summers by making a few tweaks to its environment. Continue reading for ideas and recommendations on how to protect your lavender plants over the winter. 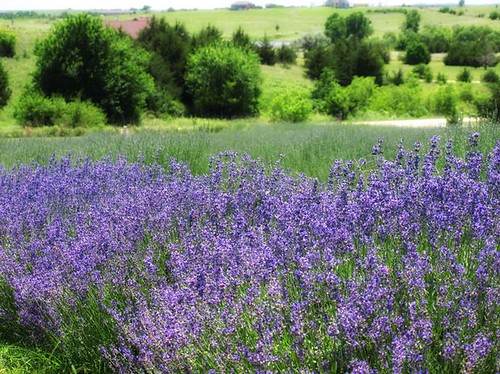 The only type of lavender that is cold resistant and can consistently survive winters in colder locations, despite frosts and snow, is the English Lavender, which comes in a variety of different colors and scents.

During the winter, the popular English variety of lavender known as Hidcote Superior is said to be able to thrive in temperatures as low as -30 degrees Celsius (-20 degrees Fahrenheit). Although in general, any Lavandula angustifolia, often known as English Lavender, can thrive in temperate areas so long as it is cared for appropriately, this is not always the case.

Despite its common name, which refers to them as “English Lavenders,” this particular species was not originally from the country of England. It is called “English Lavender” because it is able to thrive in the colder English climate. It has been grown in England into several different varieties ever since the 1600s and is appreciated for its smell. Although it is native to the Mediterranean region of Europe, as do all lavenders, it has been given this name because of its ability to thrive in this climate.

The English Lavender variety is your best option if you live in an area that has mild winters and warm summers, and if you want to keep your lavender plants outside all year long.

Lavenders native to Spain, France, and Italy have a far lower tolerance for cold temperatures than their counterparts in other parts of Europe. As a result, these varieties of lavender thrive in the Mediterranean area, where winters are normally warm and temperatures remain well above freezing.

If you reside in a warmer region that still has somewhat mild winters, then you will have a better chance of cultivating any type of lavender effectively as long as you give them the attention and care that they need. In areas with moderate winters, non-English lavenders will most certainly perish if they are allowed to spend the winter outdoors.

However, if you plant varieties of lavender that are not English in containers and bring them inside for the winter (before the first frost), then you will be able to effectively cultivate them in locations that have frequent frosts throughout the winter.

How to overwinter Lavender 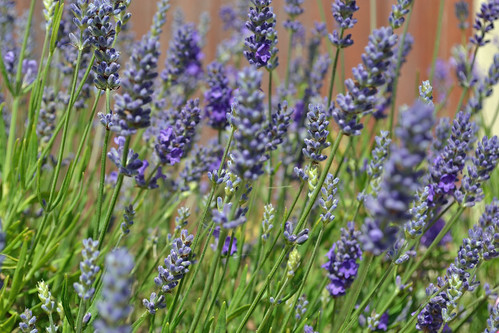 In addition to frosts and temperatures below zero, the state of the soil may also damage lavender plants if the soil is not suited for growing lavender.

Because of the lower temperatures throughout the winter, the rate of evaporation is significantly reduced. If you don’t take any preventative measures, the root rot disease that may be caused by cold, wet soil that holds onto moisture for an extended period of time might destroy the lavender plant.

In its natural habitat, lavenders may be found growing wild in the Mediterranean area of Europe. Lavenders like well-drained sandy or soft rock soils that do not retain moisture, and they perform well in circumstances that are similar to drought and require only intermittent watering.

Rich soils with a lot of organic material have a strong ability to hold onto moisture, which will make circumstances more suitable for root rot and other fungal infections. Furthermore, rich soils may keep too much fertility, which is in contrast to the low to medium fertility soils that lavender prefers. (The answer to the problem of your lavender not flowering may be found in the article that I wrote.)

You need to adjust the soil around the lavenders so that it has excellent drainage and a reasonably open, porous structure that enables water to quickly escape. This will increase the likelihood that the lavenders will survive the winter.

The optimum growth conditions of the Mediterranean, where lavender originally originated, may be replicated by using standard potting soil that has been modified with sand or gravel. Lavender grows extremely well in this kind of soil.

Before planting lavenders, it is clearly more simple to work on the soil and provide the necessary amendments.

However, it is still feasible to do so as long as the lavender is removed from the ground carefully using a fork and sand or grit is worked into the soil using a spade or a shovel to a depth of approximately 18 inches and a breadth of approximately 12 inches.

Alternatively, if you do not want to adjust the soil in your gardening, you can always transplant lavenders to pots, which give good or excellent drainage conditions and need considerably less labor. This option is available to you regardless of whether you have a garden. Please read my post for guidance and recommendations on how to achieve this goal successfully.

The article also contains information on how to grow lavender plants in pots. 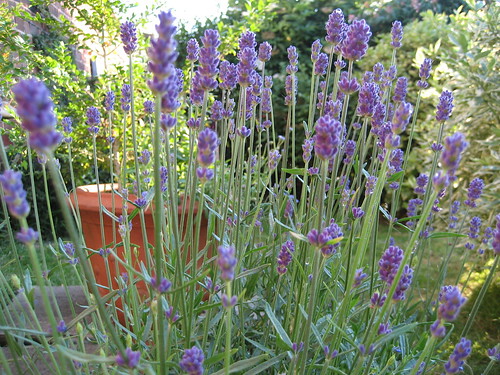 Lavenders should be pruned each year to increase the plant’s chances of surviving the winter and to generally make the plant live for a longer period of time.

Over the course of the plant’s lifetime, the flower stems near the base of the lavender plant grow woodier.

Regular trimming in the early spring and late summer helps delay the creation of woody stems, which is vital since it is the young shoots that produce blooms, not the old wood. Pruning should be done as soon as the weather warms up in the spring and again in the late summer. In addition, the snow, frost, and water damage make the wood less resistant to breakage, making it more likely to crack during the winter months.

The optimum time to prune is in the early spring when you should try to form the lavender into an even pile and remove around one-third of the soft green growth. This will ensure that the foliage is lovely and compact.

The more compact the leaves, the better the lavender will be able to withstand the effects of winter, as it will stop snow and ice from entering the plant.

In most cases, I find that late summer pruning yields the greatest results. During this procedure, wasted flower stalks are cut down to create a neater, more uniform look prior to the onset of winter. After this, you should do a spring pruning in the early part of the next year to encourage the establishment of new stems that will yield blooms in the current growing season.

You should prune the plant by cutting back the soft green growth by a third but you should not prune back into the woody stems since they are not likely to develop any new growth and you might destroy the plant. 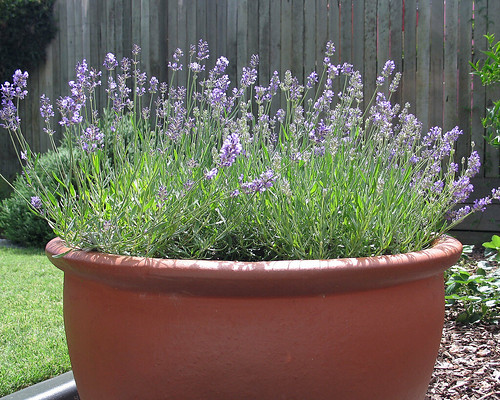 As was previously mentioned, the English Lavender species may be stored outdoors throughout the winter months. However, if you plant them in containers and move them inside before the first frost of the season, it is possible to cultivate the Spanish, French, and Italian kinds even in colder climes.

All varieties of lavender are suited to growing in containers because of the ideal drainage conditions, the ease with which they can be moved into full sun, and the ability to regulate the amount of water they get by shielding them from the rain.

They do not need a lot of water (just water them once every 4-6 weeks throughout the winter), but they do need to be exposed to sunshine, and you should keep them away from the more humid areas in the home, such the kitchen or the bathroom, where they might be subjected to a lot of steam.

Put the potted lavenders in the window with the most light in the home so you may enjoy their fragrant blooms all through the winter. Alternatively, they have the option of putting them away for the winter in a warmed greenhouse, provided that the temperature does not drop below freezing.