Dahlias bloom at the end of the season. A wide variety of colors and designs are available in a wide range of sizes and flower types from midsummer until the first frost.

Dahlia Flowers may be as little as grapefruit or as large as a plate atop a six-foot-tall shrub. There are several varieties of dahlias, but they all have tall upright stems that allow the flowers to stand out.

Originally from Mexico and Central America, the dahlia family has more than 20,000 cultivars and 30 species, making it a popular choice for both florists as well as plant breeders. Pet owners should exercise caution since this flower is poisonous to both dogs and cats. 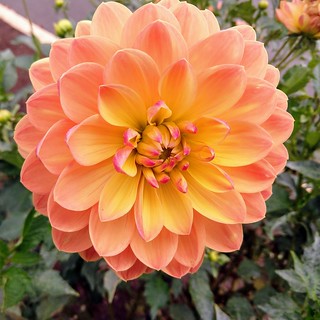 Only in tropical areas is this plant a native perennial, and in zones lower than 8 it is considered an annual. Many modern cultivars of Dahlias, on the other hand, are more dependable and easy to grow than their predecessors.

How to Grow and Care for Dahlia flower

Dahlia tubers may be put outside after the last frost if the soil temperature has warmed up enough for them to do so. However, in most regions, they are too delicate to be left in the soil all winter long. Annual dahlias must be dug out and stored inside for the winter before being replanted in the spring. 8 to 10 weeks after planting, the plants are ready to blossom.

It’s rather simple to cultivate the most stunning dahlia flowers that you’ve ever seen. The tubers, not the bulbs, used to grow dahlias allow you to start them inside in the early spring and move them outside after the threat of frost has gone.

The tubers may be planted right outside in the spring, or you can wait till the ground has warmed up a little before doing so. Depending on the cultivar, plant roots 2 to 6 inches deep. 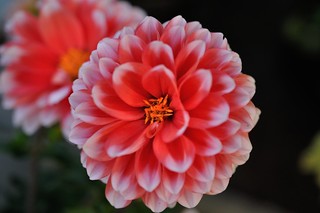 Larger cultivars should be placed at least three feet away from each other, while lesser kinds should not be closer than 12 inches apart. Plant tubers in full light, water them often, and fertilize them as soon as new growth begins.

Once the tubers have grown and produced branches, it is necessary to pinch off the tops of dahlias just once. Count to three sets of branches and then top the stem above the tallest set of branches, if necessary.

To stimulate the plant to produce additional flowers, you might use this trimming technique. Within a few months, you’ll be able to enjoy a landscape full of vibrant, enormous, and eye-catching flowers. To keep the plant looking clean and to stimulate new blooms, make careful to remove any fading blossoms.

Dahlias need at least 6 to 8 hours of direct sunlight each day to blossom profusely. As a rule of thumb, if you live in a climate that falls between USDA zones 8 and higher, this plant will flourish from afternoon shade.

Dahlia flowers appreciate well-drained, rich, loamy soil that is rich in organic content. Add sand, peat moss, or compost to your garden soil if it tends to be thick clay. This will help the soil drain easier. Soil with a neutral pH of approximately 6.5 is ideal for growing dahlias.

Dahlia tubers should be planted in the spring and then let grow naturally until sprouting happens. Only water dahlia tubers when new growth is visible. They won’t need any water until their root system is fully established.

Dahlias should be watered once or twice a week after they’ve sprouted. Ensure to water thoroughly, since tubers that are six inches deep may need to be watered more often.

The soil may need to be watered more regularly if the summers are very hot and dry. It is important to keep an eye on both temperature and humidity.

For dahlias to thrive in cold soil, they must be planted at the right time. Wait until the ground temperature reaches 60 degrees Fahrenheit before planting.

The quickest way to get your tubers started is to grow them in pots inside, possibly in a garage or greenhouse. Once the threat of frost has gone, it is safe to put them outside. Indoor storage of tubers over the winter should have some humidity to prevent them from drying out and shrinking.

It is important to keep an eye on both temperature and humidity. For dahlias to thrive in cold soil, they must be planted at the right time. Ground temperatures must reach 60 degrees Fahrenheit before you plant your seedlings.

This means that the more nourishment you give your Dahlias, the larger they will grow and, therefore, the more blooms they will produce. To encourage flowering, use a fertilizer with a high phosphorus content (possibly a 10-30-20 ratio).

Please refer to the product’s packaging for the correct serving size. Use one with low nitrogen content. Too much nitrogen results in a lot of foliage, but not many flowers.

Stop feeding your plant at the end of August if you want to dig and keep your tubers throughout the winter. As you ready the tubers for dormancy, you don’t want to stimulate any more development. 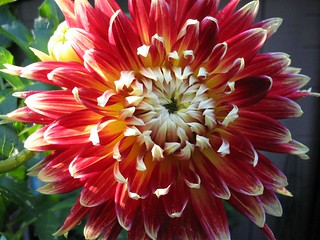 Dahlias appear in an infinite variety of patterns, textures, and hues. The following are a couple of my favorite types in terms of form and bloom pattern:

Cuttings or overwintering tubers may be used to propagate dahlias. To propagate cuttings from tubers, you must wait for them to sprout in the spring.

By splitting your dahlia tubers, you may get a head start on the growing season before the weather becomes warmer outside. Your plants will be completely grown by summer, which means they may blossom sooner than usual. More plants and blossoms are the result of splitting your tubers before planting.

You can propagate dahlia flowers either from cuttings or from overwintered tubers. Propagating from cuttings requires waiting until your tubers sprout in the spring.

However, you can get a jump start on the growing season by dividing your dahlia tubers and planting them in containers indoors, before outdoor temperatures warm up. Come summer, your plants will be fully mature and mayflower earlier. Plus, dividing your tubers before planting yields more plants and, ultimately, more flowers.

How to plant dahlia tubers:

How to propagate dahlias from cuttings: 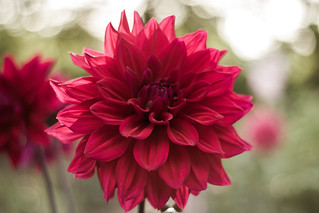 How to Grow Dahlia Flowers From Seed

Dahlia may be produced from seeds bought at your garden center. or from seeds gathered from previous year’s plants.

To do so, firstly, fill a seedling tray with seed starting mix and plant seeds inside, straight into this medium, four to five weeks before the final frost.

It’s best to cultivate dahlias in larger pots if you’re doing so. Use a container with a depth and width of at least 12 inches as a general guideline. There is no need to report dahlias in pots this size throughout the growing season. Your plants will thrive if you let them grow outdoors in the summer and stake the stems so they don’t tip over. Compact dahlia cultivars, on the other hand, take up less room.

How to Get Dahlias to Bloom 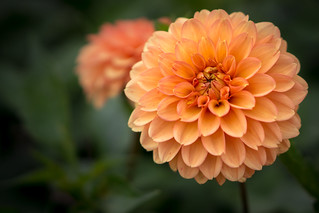 Use stakes and rope to hold your dahlias upright so that they can produce their greatest flowers.

Dahlia flowers need to be fertilized every two weeks to ensure a steady supply of blooms. Flowering and robust stems may be ensured by using an organic fertilizer rich in phosphorus.

Dahlia beds, particularly those with huge varieties, need enough water, so be sure to keep the soil wet by mulching the bottom of the bed.

Finally, after the blooms have faded, be careful to deadhead your plants. To stimulate new blooming, quickly remove dead flowers.

Avoid this by amending your soil before planting and never allowing water to stay in your garden beds.. Dahlia flowers also appear to collapse over and wilt in the heat of a mid-summer day, according to this observation.

Plants have a method of dealing with stress and this is one of them. When the sun sets, your dahlias should begin to grow again if the soil is wet.

When and how should I harvest my dahlia flowers?

Dahlia flowers may be collected when they are almost completely opened since they do not open much further after being cut.  Don’t be afraid to sacrifice a few little side shoots to get the longest stems possible. As a result of harvesting, the plant produces additional flowers and branches, therefore clips lengthy stems to stimulate growth.

How do you keep a cut dahlia arrangement fresh?

Flowers should be cut in the morning when the air is cooler and water levels are high to produce a long-lasting arrangement. When you’re done cutting the stem, bring it inside and immerse it in 2 or 3 inches of lukewarm water (not boiling). Freshwater should be added to the vase or container to keep the flowers looking their best.

What colors do dahlias come in?

Over 20,000 different types of dahlias are available to choose from in over 30 different species, so there’s a dahlia for every taste. You can expect any color of dahlias except for black, blue, and green.

Does dahlia come back every year?

If you give them a little Care, the underground tubers will continue to grow and thrive for years.