Lavender is a beautiful flowering plant that produces vibrant blooms in the growing season. However, lavenders are available in varieties, with which French lavender and English lavender being the most popular. Thousands of people search these lavender species monthly on the internet.

If you are planning to grow one of these lavender species in the garden and wondering which is better to grow. You land on a perfect post. Here you’ll learn 6 differences between French and English lavender. After knowing these differences you would be able to choose the lavender that you want to grow. So, without further delay, let’s jump into the article. 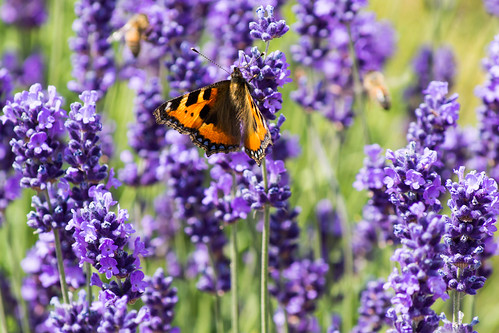 Before knowing the difference we first consider where these species came from. You might be thinking this is pretty obvious, English lavender is from England and french lavender is native to France. But, you are wrong!

Well, as you see sometimes things are not as we think. 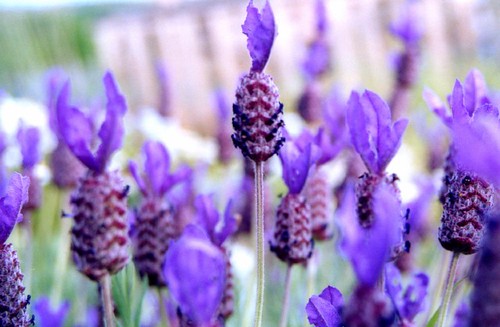 When we listen to lavender most people imagine purple-blueish colored long tail bloom waving from the wind and a long garden. Ok, that’s too much but you got the point. However, just like other flowers different species of lavender had different shapes, sizes, and colors.

Although both plants have a common purple (or should I say lavender) tint, their shapes are rather distinct from one another. The blossom of the French lavender is thick and crowned with long, pointed petals that are highly noticeable at the very tip, nearly seeming like bunny ears. When you think of lavender, you probably have a mental image of English lavender in your head. It has blooms that are somewhat conical in form and sit on a tall, slender stalk. Additionally, its color is often paler than that of French lavender. Know how long lavender blooms. 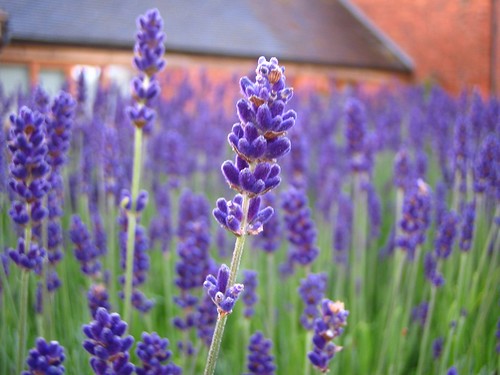 Lavenders native to both England and France have been subjected to cultivation in order to produce a variety of sizes.

On the other hand, several of the most well-known English lavenders, such as Hidcote and Munstead, have a small footprint and are, as a result, fantastic choices for hedging and ornamental borders.

After three or four years, these types often attain their full size, which is typically 20 inches tall and 24 inches broad. It is believed that the species of lavender that is now cultivated commercially for its essential oil evolved from the Vera variety, which is one of the biggest English variations.

The amount of care that a particular variety of lavender has had, as well as environmental factors such as the amount of sunlight that it receives and how well its soil drains, all influence the mature size of the lavender.

The fragrance would be one of the deciding factors for which lavender to grow. As you know everyone wants to grow fragrant flowers in their homes.

There is a distinct difference between the two types of lavender, despite the fact that both types of lavender have a delightful fragrance. Because it contains less camphor, a compound that gives a piney, woodsy scent, English lavender is far lighter and sweeter than French lavender. The fragrance of English lavender, which is somewhat comparable to that of rosemary, is often considered to be the most attractive kind.

Because it has a more intense smell and more pine undertones, French lavender is a popular option for use in goods for the home and for cleaning. There is no “better” fragrance than the other; rather, the decision is mostly determined by personal choice. I think fragrance that has both kinds produces the most balanced and complex fragrance. 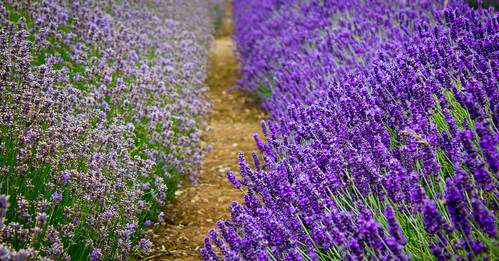 If you want your lavender to come back every year or bloom in every growing season. You have to grow a lavender which is cold-hardy. Note: All lavender species are cold-tolerant but some species are more cold-hardy.

If you live in a region that experiences frost or extreme cold during winters you have to plant a cold tolerant lavender species so that they regrow next season.

Both of these plants have their roots in the Mediterranean region, where they evolved to thrive in warm climates. In spite of this, they have a remarkable capacity for surviving! The English lavender is the one that does better during the colder months. It can survive temperatures as low as -20 degrees Fahrenheit and is hardy in zones 5 and warmer (you can determine the hardiness zone for your locality). Growing zones 8 and above are required for the cultivation of French lavender. This indicates that french lavender cannot tolerate temperatures lower than 10 degrees Fahrenheit.

This, of course, corresponds to how well your lavender plant will perform in the environment that it will be grown in. Both varieties grow well on soil that has good drainage and do not need a lot of fertilizer or watering to be successful.

How long does lavender live

When it comes to determining which plant to purchase, one of the most significant distinctions between English lavender and French lavender is the length of time a lavender plant may survive.

Even if both types of lavender are given the same amount of care, English lavenders will have a far longer lifespan than their French counterparts.

In ideal circumstances, an English lavender plant may survive for up to 15 years and continue to produce flowers. Even in their natural habitat in the Mediterranean, the average lifespan of a French lavender plant is between 4 and 5 years.

When it comes to making decisions about which plants to put in your yard, this indicates that English lavenders often provide a far better value for the money. It would be incredibly costly to replace each individual plant every four years if lavenders were to be used as ornamental hedges or borders. Lavenders are often used for this purpose.

The English lavender cultivar known as Hidcote is ideal for the creation of low border hedges; it is hardy enough to survive the winter and may continue to produce flowers and scents for up to 15 years.

The longevity of a lavender plant is directly proportional to how well it is cared for and, more importantly, whether or not it is trimmed on an annual basis. The development of woody stems and branches from the root of the lavender plant is slowed down and prevented by regular pruning. Pruning is vital for the life of a lavender plant and will encourage the growth of new branches, which will result in the production of additional blooms.

If you are concerned about affordability as well as lifespan, you should always go with English lavenders.

The blooms on both plants are about the same size, but those on the French lavender plant remain on the plant for considerably longer. This type has one of the longest bloom seasons, beginning its flower production in the spring and carrying it through the summer without stopping.

When it comes to aromatherapy, English lavender and French lavender both have similar health benefits; which one you choose to use relies solely on your own personal choice. Both of these things have the potential to be transformed into essential oils, which may then be used in cosmetics, scented candles, and other items for the home.

Every species and variety of lavender benefits from being planted in sandy soil that is low to medium in fertility and has good drainage. When grown in full light, lavenders produce more flowers and have a stronger fragrance.

Lavender should be pruned once a year, either in the spring or the fall, to avoid the formation of leggy growth and to lengthen the plant’s longevity. It is not necessary to fertilize lavenders since doing so will just result in the growth of additional foliage at the cost of the blooms.

Grow beautiful lavenders you can refer to How to grow lavender plants.