How to Care for Rex Begonia (Both indoors & outdoors) Learn How to care for rex begonia indoors and outdoors. The semi-tropical perennial plant known as the rex begonia (Begonia rex-cultorum) is often planted as either an outdoor container plant or an indoor houseplant.

The variants of the B. rex species that are marketed commercially are carefully grown versions of the species that are endemic to certain regions of eastern Asia. In all regions save those with the harshest summers, rex begonia is treated as an annual even when it is planted in a garden, which happens only rarely. 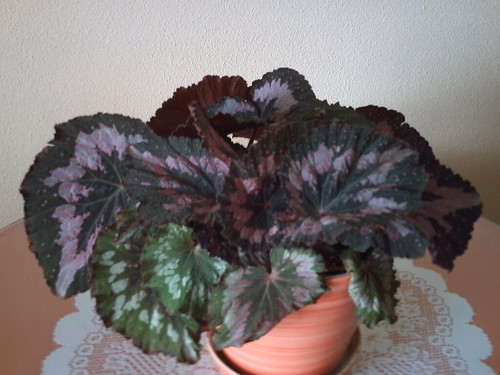 Due to the fact that these plants are mostly known for their leaves, it is essential to cultivate them carefully in order to bring out their full beauty. Utilize a potting mix that is porous, place the plant in a pot that is somewhat shallow, feed the plant on a consistent basis, and maintain an even moisture level around the plant while avoiding overwatering.

When it comes to getting the rex begonia to show off its most beautiful leaf color, it may be difficult to find the ideal growing circumstances.

Give the plant lots of bright indirect sunlight, but keep it out of the direct sunlight while it’s still young. Rotate the plant often so that all of its leaves get an equal amount of light.

How to Care for Rex begonia

Begonia rex plants thrive in bright, indirect light throughout the whole year. They are able to endure less sunlight than other begonias since they do not bloom as vigorously as other begonias do, and they do well when grown under fluorescent lighting.

Be sure to provide Rex begonias with consistent watering; nevertheless, take care not to overwater them. They need high levels of humidity in order to flourish; however, while spraying the leaves, care must be taken to prevent them from being too moist, which might stimulate the growth of powdery mildew.

Before you water the soil, wait until the top layer has become dry to the touch. However, you must take care not to allow the soil to get too dry; otherwise, the plant will start to die off. The soil needs to be irrigated to the point when it feels slightly damp all over.

Related Post: How to grow rex begonia in water

The only time you should prune a Rex begonia is if it has long, barren stems that need to be trimmed down or if you want to make a plant that is fuller. Using a pair of clean pruning snips, cut the stem all the way down to the base. The piece of the plant that you left should now develop new leaves and stems. Pinch back, or remove, the growing tips of younger plants to encourage fuller growth.

Temperatures in the range of 60 to 70 ℉ and humidity levels that are between moderate and high are ideal for growing rex begonias (around 50 percent). Temperatures below freezing will have a chilling effect on a plant’s rate of growth, and the shorter days of winter cause certain varieties of begonia to enter a dormant state. In the same way as other types of begonias, rex begonias and other types of foliage begonias thrive best in an atmosphere that is moist, cool, and mostly shade-free.

Mealybugs are sometimes a problem. To keep them away, make sure the plant receives regular trimming and remove any dead leaves that may have fallen into the planting mix.

Powdery mildew and botrytis are two types of fungal diseases that often affect rex begonias. A systemic fungicide may be of assistance. Remove dead leaves as soon as possible and ensure there is enough air circulation. 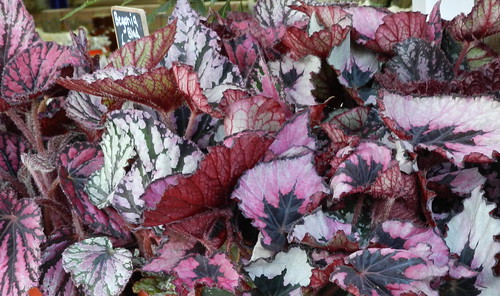 Rex begonias are classified as tropical and subtropical plants. Even if it’s unlikely that you have a “jungle environment” in your own garden, residents of frost-free places have the opportunity to cultivate begonias outside of their homes.

If you want to give your Rex begonia a rest from being inside your house, you can simply move it to an area outside that is shaded or partly shaded and continue to care for it as you normally would. They are beautiful plants that may be used to decorate hanging baskets, hanging pots, an entranceway, a covered porch or patio area, a balcony or rooftop garden, and they can even be utilized in a shadow garden in the landscape.

Begonia rex brings its vibrant appeal to outdoor spaces where many flowering plants struggle to thrive, and they will be sure to steal the spotlight wherever you decide to position and grow them. Rex begonias are available in a variety of colors and sizes, and they can be found in both single and double-flowered varieties.

When completely mature, the height of a Rex begonia may range anywhere from 12 to over 24 inches, and its breadth will be almost the same. This height range is dependent on the cultivar, which is the scientific name for a particular variation. They grow in a manner that is spherical and clumping, and their leaves grow in a manner that gives the plant a dense appearance by growing closely together.

How Many Rex Begonias Plants in a pot? 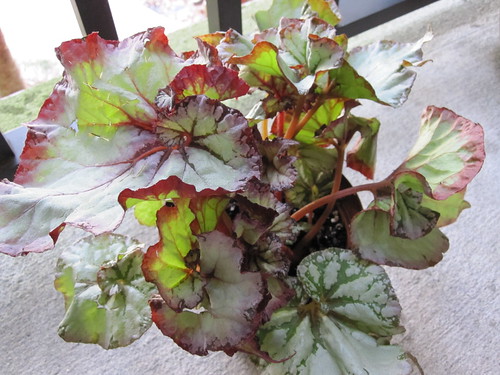 There are a few things you need to take into account before planting several Rex begonias in the same container or building a mixed container garden to ensure the begonias’ continuing good health.

All varieties of Rex begonias have the potential to develop into plants with a thick growth habit if they are provided with the appropriate care and growing conditions. Keep in mind that some varieties may reach over a foot in width. Because of this, you should avoid crowding the plants too much, since this increases the risk of illness in the begonias caused by a lack of air circulation.

Maintaining a ratio of no more than one Rex begonia plant per container is likely to result in the best health outcomes and reduce the risk of overcrowding. If you are growing smaller types of begonias, combining them with plants that have more of a slender, upright habit like some palms or dracaenas, or using a container that is 3 gallons or bigger, putting many together helps.

A helpful piece of advice for picking companion plants that do well with Rex begonias is to choose ones that demand the same growth circumstances as Rex begonias, which include colder temps and wet soil. In addition, choose plants with a medium to a relatively slow rate of development. This is because varieties of plants that grow quickly would quickly overpower the begonia and crowd it out of space if it is left alone.

If the leaves of your magnificent rex begonia start to wilt, which is among the most common issues that may occur with this plant, you will notice it. In addition to an infestation of pests, the withering of the leaves may be caused by a number of different factors, including the following:

Be cautious about where you select to put your Rex begonias, despite the fact that these houseplants are guaranteed to provide an air of the exotic and the tropical to the rooms in your home. The plant is harmful to both cats and dogs because of the presence of soluble calcium oxalates that it contains.

Ingestion of the plant, particularly the lower sections, may lead to a number of unpleasant side effects, including drooling, vomiting, and failure of the kidneys. Choose a spot where both your children and your animals won’t be able to get easily.