What is mulch | Benefits of mulching

Because of its many benefits, mulch is sometimes referred to as the “gardener’s buddy.” During the winter, mulch covers bare soil, stops erosion, and shields plants from the elements.

In the spring, mulch prevents moisture loss, keeps weeds at bay, and adds nutrients to the soil. Acquire knowledge about the process of mulching, the appropriate times to do it, and the several types of mulch available for use in your garden.

The use of mulch is one of the most important aspects of gardening, as it helps keep plants looking healthy and productive throughout the year.

If you do not yet know how to mulch, it is necessary to understand when to mulch, the suitable depth for mulch, and the proper type of mulch. 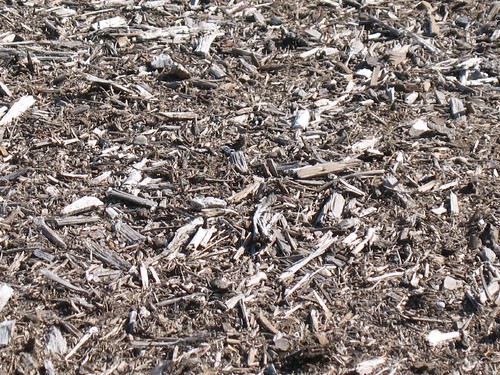 To put it in its most basic form, mulch is any substance that is used to cover the surface of the soil. In its natural state, mulch is composed of nothing more than dead leaves and other plant matter. Compost, wood chips, decomposing manure, cardboard, and even seaweed are some of the other materials that may be used as mulch in a garden.

We have only recently begun to recognize the many long-term and environmentally friendly advantages of mulch. When mulching is done properly, it provides the live microorganisms in our soil with the nutrients they need, and the waste produced by these little bacteria helps develop a healthy soil structure for plants, therefore reducing the risk of compaction.

Mulch has several more advantages, including the following:

Even though there are numerous advantages to utilizing mulch, there are several circumstances in which it might be harmful to the garden:

When using the vast majority of organic mulches, a layer that is between two and three inches is sufficient. When the material is more finely ground, a thinner layer is required.

Most of the time, inorganic mulch has a lower depth. For instance, the required depth of a mulch composed of tiny stones is often just one inch.

The perfect mulch would be heavy and compact enough to prevent the development of weeds while being transparent and open enough to let water and air into the soil underneath. When shopping for mulch, it is important to think about how much it will cost, how readily it will be available, how simple it will be to apply, and how it will seem in the garden. There is a wide selection of materials available, each with a unique color palette and range of surface textures.

In the garden, you may get the same level of success with either organic or inorganic mulch.

Organic mulches are natural materials that are made from grass, leaves, trees, and other types of plant matter, and they are often sourced from the homeowner’s own yard. They behave similarly to nature in that they deteriorate slowly over time. One of the many benefits of this practice is that it really results in the addition of organic matter to the soil. The one and only drawback are that they need to be renewed on a regular basis.

How to apply mulch 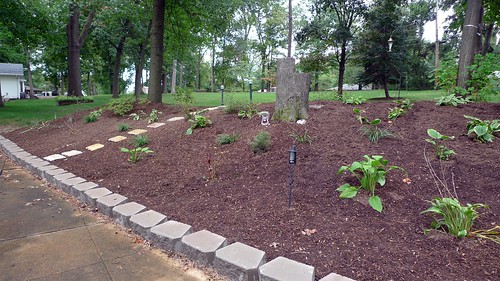 In the spring, after there is no longer any risk of a severe frost, remove the winter mulch from your plants so that the soil can warm up and new growth will not be stunted.

Consider using a transparent landscaping fabric on most of the beds if there are a lot of weeds growing on the ground in the area where you wish to grow plants.

You may also use a layer of cardboard before adding your organic stuff as an alternative. To quicken the decomposition of the cardboard, thoroughly moisten it. The cardboard will act as an additional barrier against the weeds, which will cause them to get overworked and finally cause most of them to perish.

When the growing season begins, you will notice that any weeds that do survive will be much simpler to pull out of your garden. This is because more sunlight will be available.

After there have been a few spring showers and the ground has warmed up, we will put down soaker hoses in each bed.

After that, we use a cloth to cover the hoses in order to speed up the process of the temperature change in the soil and warm it up in preparation for early planting.

Planting holes are made at intervals that vary according to the kind of crop being grown. The use of water is more effective, and the upkeep of a vast area is simplified significantly.

When the plants have reached a certain size on them, the cloth will be covered and will not seem to be as awful. For plants that thrive in colder environments, we also utilize organic mulch, which may include straw, leaf mold, grass clippings, wood chips, or shredded leaves.

Maintain a consistent mulching schedule using organic materials. To ensure that the ground is continually nourished and improved over time, remove and replace old mulch as it decomposes or is absorbed into the soil.

In the autumn, we do not often apply mulch, with the exception of preventing erosion in barren garden beds that are not planted with anything.

A thick layer of compost or well-rotted organic matter may be applied to the bare soil if you didn’t grow a winter cover crop. You might also use leaves that have been crushed. Place it at a depth of at least four inches.

In any other case, you should avoid applying mulch to your landscaping throughout the fall. The soil will not immediately get cooler, and plants may continue to expand their root systems.

There is a possibility that new growth may not harden off and will be harmed by the winter cold. Additionally, mulching in the autumn prevents the soil from drying up, which may result in root rot and ultimately the death of the plant.

Note: Before you begin to lay out new places, make sure that the surface is free of any rubbish as well as any rocks that are bigger than an egg. Mow the grass down to the ground or chop the weeds back to the ground.

After a few months have passed, any grass or weeds that were growing under the mulch will have decomposed, and earthworms will have begun their task of gradually mixing the organic matter into the soil below.

Later the ground has been frozen many times, often around the time of Thanksgiving or after, adding a layer of winter mulch around the base of any young or vulnerable perennial plants. Heavy mulching is beneficial for grafted plants like hybrid tea roses and other grafted plants.

Chopped mulch, pine needles, straw, or crushed leaves are all suitable winter mulch. Apply 3 to 4 inches. It is essential to apply a sufficient amount of mulch in the winter to ensure that the frozen ground is thoroughly covered.

This ensures that the plant will stay dormant until spring, regardless of the temperature swings that may occur.

Take care NOT to lay mulch adjacent to the trunks of trees or tops of plants, since this draws bark-gnawing rodents.

Wrapping the branches and buds of evergreen or semi-evergreen shrubs, such as rhododendrons and viburnums, with burlap or sheltering them with a tree guard packed with crushed leaves for insulation is an effective way to protect them from the harsh winter weather.

Is mulch the same as compost?

The terms “mulch” and “compost” are not identical. The short answer is that mulch is placed on top of the soil in order to prevent weed growth, keep moisture in the soil, and maintain a consistent temperature, whereas compost is placed underneath the top layer of soil in order to provide the soil with beneficial nutrients and to benefit the soil itself.

How often should you mulch your garden?

It is advised by Becker that beds have around 3 inches of mulch, and mulching should be done at least twice a year. Mulching with the appropriate quantity at each application can assist prevent the growth of weeds and preserve moisture, thus reducing the amount of irrigation that is required.

Even while the material itself does not attract termites to the region, creating an appealing environment for the insects by spreading mulch such that it is at least three inches thick is sure to perform the trick. Next to the ground, heat and moisture are retained by layers of
organic materials that have accumulated. These deep layers of mulch provide termites with protection from the elements.

Should I use mulch or rock?

Rocks are better compared to mulch in terms of preventing the growth of weeds, and they also need less upkeep. Stones are another element that can improve the visual appeal of a property. Rock cover, on the other hand, is not a good choice for gardens that get a lot of sun due to the fact that rocks retain more heat than mulch does. In the end, everything boils down to a matter of individual preference.

Unfortuitously, roaches, carpenter ants, earwigs, and termites are just some of the pests that are attracted to wood mulch due to its dual role as an attractant and a food source. Both carpenter ants and termites have the potential to do damage to a property that is measured in thousands of dollars.